It helps to think of social media as a digital nightclub.

The cool kids always want to hang out in the best dance club. And the only thing worse than the uninvited showing up at the party is when the grown-ups crash the venue — a phenomenon common among social media platforms, such as Facebook.

At the moment, Instagram, Twitter, and YouTube are the social media platforms frequented by the so-called cool kids. Facebook is the stuffier venue where both the younger and older generations congregate. As a result, it has become ground zero for culture clashes between millennials and boomers.

But the older generations’ move to Facebook signifies a lot more than just “crashing the party.” It also provides them with more opportunities to interact with their family and develop stronger social interactions.

Older Generations Lured by the Idea of “Social Surveillance” 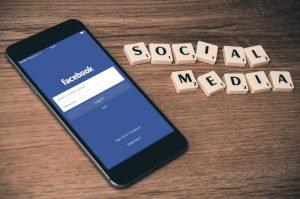 Findings from a Pennsylvania State University (PSU) survey of more than 350 Americans between 60 and 86 years old reports that older adults use Facebook to find old friends and become closer to those with similar interests. They also take advantage of the site to keep tabs on their loved ones.

The researchers point out that these motivations are strikingly similar to college students — the first colonizers of the social media platform. One thing sets the two groups apart, however: photos and videos of grandchildren. For older users, this was a powerful lure that made the platform even more appealing.

An Evolution in Communication

Seniors are not just party poopers; the online world provides numerous opportunities for kids, parents, and grandparents to coexist. Social media can be a powerful tool in bridging the generational divide and fostering deeper relationships.

Social media expert Karen North, from the University of Southern California, shares that while technology has its flaws, the rise of digital devices has made it possible to build stronger relationships across generations. From sending photos instantly to loved ones to making free long distance calls during a special occasion, social media makes it possible to share moments in real time.

With the increase in popularity for social networking sites comes a need to use a different tone and style for communicating. Experts suggest using proper grammar, punctuation, and no abbreviations when talking to older relatives on social media to leave no room for miscommunication.

A Platform for Storytelling and Relationship Building

For some seniors, understanding the ins and outs of social media can be as complicated as the plot of a Stanley Kubrick flick. This is why it’s crucial for grandchildren to explain social media in a way that’s easily relatable to older generations.

At the heart of it all, Facebook exists as a platform for storytelling and relationship building. If young audiences can successfully relay to their parents or grandparents that social media has the power to touch people through stories, then they could be inspired to share their experiences and create compelling posts that resonate with others.

In Anna Karenina, Leo Tolstoy wrote, “All families are alike; each unhappy family is unhappy in its own way.” In today’s era, one family’s “unhappiness” might stem from miscommunication over frustrating situations that build up to a crescendo. These situations could include mothers figuring out how to send an emoji and fathers getting the WiFi password wrong. And the impatient, unsympathetic teenagers end up irritated at both parents.

While technology can successfully drive generations together, it could also break them apart. Knowing how to properly address tech-related family strife can reaffirm these generational gaps and make family bonding time stronger and better.

How, then, can kids provide their older relatives with a short-but-sweet explanation of social media?

Since Facebook was born in 2004, there was a boom in its use among younger adults aged 18 to 29. But the younger generation isn’t privy to the gifs, emojis, and status updates: new research shows that older adults love the social networking site just as much as their younger counterparts.

Data from Gallup, a management consulting company, shows that while millennials are still the age group most active on Facebook today, the gaps have narrowed considerably since 2011.

The biggest increase in Facebook activity between 2011 to 2018 has been among adults aged 50 to 64. The group’s Facebook usage has grown to more than half, while retirement-age adults have doubled their rate of use.

While young adults initially launched Facebook to success, the study from Gallup shows that these users are no more active on the site now than they were in 2011. And it comes as no surprise since Facebook has to compete with other social networks, such as Twitter and Instagram.

One fact remains clear: Facebook is no longer just for younger, tech-savvy users.

Humans often do better when they connect with others. Social connections are useful in promoting better health and well-being, and technology is a useful tool in enabling that connection.

While having older relatives on Facebook can lead to cringe-worthy comments or weirdly excessive likes from one’s dear nan, making grandparents a part of the “cool kids club” will pay off, in the end. After all, it makes families happier with the connections it provides.