Marketing in a Snap: How to Use Snapchat to Promote Your Small Business

Taco Bell paid Snapchat $750,000 for a sponsored lens campaign that turned the heads of users into a giant taco. That’s a lot of money for a Snapchat filter. So, was it worth the cost? With 224 million views in one day, and being the most viewed Snapchat Lens up to this day, yes, the campaign was worth it.

Taco Bell is just one of the many companies that use Snapchat for marketing purposes. The social media channel had 186 million daily active users at the end of Q3 2018. According to Awe Collective, “[Snapchat] is a great way to not only build brand awareness but to develop an entire experience and story you can share directly with fans and followers.” But, even if your small business doesn’t have $750,000 lying around for a Snapchat filter, you can still take advantage of the platform.

Get in Touch with Users 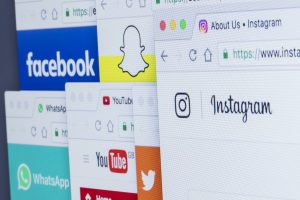 Unlike other social media platforms, Snapchat does not have a search option. Unless you know someone’s Snapchat username, phone number, or e-mail account, you cannot search for them on the app. What you can do, other than promoting your Snapchat account on your other social media channels, is to communicate with your current followers constantly. Here’s how you may get in touch with users on Snapchat:

You can post stories on Snapchat literally every second, and viewers won’t mind. Why? Because that’s what Snapchat is about.

On the application, users are allowed to post stories that run only a few seconds, and they still get views. After 24 hours, Snapchat stories disappear. While this short lifespan is not ideal for long-term promotions, it actually gives you an opportunity to be more creative in your daily brand-building efforts.

You can use Snapchat to create not just stories, but also experiences. Provide exclusive content like product demos, trivia, and behind-the-scenes of your live events.

Snapchat is mostly about authenticity, rawness, and entertainment, so you don’t have to worry too much about editing and adding video effects. Instead, use the short time you have to engage your audience. 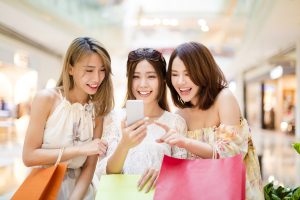 As stated above, Snapchat stories are only seconds-long and can be viewed for only 24 hours. This is advantageous because internet users have a short attention span.

Marketing through Snapchat leaves an impact on viewers. You don’t only create brand awareness, but you also attract potential customers. The short lifespan of Snapchat stories is an opportunity for flash sales and promotions. In fact, Snapchat has found that users are 68 percent more likely to make impulse purchases.

Don’t think ten seconds is too short to make a sale. Instead, look at it this way: with Snapchat, you can promote a sense of urgency among your viewers. For instance, if you do snap promotions such as “we only have 10 tickets available, book now”, viewers will think these tickets will be gone after 24 hours, along with your promotion. This way, you are making your product appear scarce, therefore, exclusive.

Get Tagged and Marketed for Free

In this day and age, everybody knows what everybody ate for lunch, where they stayed over the weekend, or where they bought those new shoes. Snapchat has a geotag option so users can tag your location based on GPS coordinates. Your customers or buyers get to inform the world where your business is located by simply tagging you.

Whether or you have a Snapchat account or not, users can tag your restaurant in their stories. If you have an account, you can ask permission from the user to re-post the story. This way, you get an instant testimonial from a real customer.

Social media channels play critical roles in modern marketing. If you don’t maximize platforms such as Snapchat, you’re missing out and getting left behind. Create an account now, and stay active.