Is It Still Wise to Trust Mark Zuckerberg with Data?

Facebook is still the world’s most popular social networking site, with more than 2.2 billion users across the globe. This, despite a recent spate of data breaches that has rocked the social media giant, causing a drop of $50 billion from its market cap and prompting Mark Zuckerberg to testify before Congress.

What happened that had everyone, from people in the UK to lawmakers in the US, demanding an explanation?

Facebook has been the subject of criticism due to its insufficient measures to protect the privacy of its users. There is more than a decade-long history of incidents showing its lapses to safeguard privacy.

In 2005, a group of researchers at Massachusetts Institute of Technology (MIT) revealed Facebook’s failure to protect the privacy of its users. They made a script that led to the acquisition of the data of more than 70,000 users from four different schools. The second incident happened in 2007. Facebook tried to make money with user profiles by engaging users in other websites. The site automatically added these websites to their profiles as part of Beacon. Facebook had to pay $9.5 million because it was a clear violation of the Video Privacy Protection Act.

The most recent incident, and by far the most stunning breach, happened this year. On the 17th of March, news broke about how Cambridge Analytica, a elections consultancy firm in London, took part in obtaining and misusing the private and personal data of over 87 million Facebook users; initial reports estimated more than 50 million.

The data breach was one of the largest in the social networking site’s history. This breach is especially critical because of its connection to the U.S. presidential election. Incidentally, former White House Chief Strategist Steve Bannon was vice president of Cambridge Analytica.

In response to the fallout, Zuckerberg took out full-page ads on newspapers to apologize for the breach and testified in Capitol Hill.

Oddly enough, Facebook saw a surge in usage during the Cambridge Analytica scandal. Although some have cut back on their social media activities; a poll from GBH Insights shows 15 percent of users will curb their time on Facebook. But that number is hardly going to hit the social networking site hard. It appears that the scandal’s impact is tapering out.

Does this mean that most people aren’t really affected by their information getting out? And is Zuckerberg right after all? 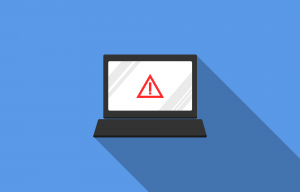 The Facebook founder believes that people do not want privacy. In 2010, he said, if given a chance to start things all over again with the social networking site, he would make everyone’s information available to the public. He said that is the “social norm.”

A New Yorker profile of Zuckerberg reveals how he had 4,000 emails, pictures, addresses, and sns from Facebook users, whom he called “dumb f*cks” for apparently trusting him.

Franklin Foer of The Atlantic reported that Zuckerberg revealed he hasn’t used Facebook at all in a long time because he focused on protecting himself against invasive forces.

His concern in protecting data and privacy should not just be for himself, but for those who patronize his greatest work.

Facebook users developed a growing discomfort on the efforts of the founder and his team to respect and protect the most intimate parts of their digital life. Public concern rose to an uproar, asking the American government to come up with stricter rules and regulations for the social media platform.

A Word of Caution

The difference between what Zuckerberg was spouting back then to what he’s telling people now (and lawmakers) is a shocking revelation, especially after his social networking site’s obvious lapse and carelessness in securing data.

Facebook is still on top of its game. Some users may have abandoned ship, but many people chose to stick it out with the social networking site, regardless of the potential costs.

Zuckerberg’s past beliefs and the site’s shortcomings leave one to conclude that data privacy isn’t likely to occur on social media. While deleting your Facebook account might sound drastic, especially if it’s your only connection to friends and family, perhaps an exercise in caution would work to keep your information from falling into the wrong hands.