It is easy to assume that mankind has run out of breakthroughs that will change the music industry. Although it has made music production better, the use of musical instruments remains the same. In reality, the music industry is far from running out of innovations. You just have to look for it.

To all the curious minds out there, this guide introduces the newest tech innovations that have taken the music industry by surprise. From robotic marimba player to travel-ready instruments, here are the five newest music technologies.

To encourage more people to play music, music engineers looked for ways to make learning easier. From tutorial videos, music applications, and software programs, each of these offerings comes with a single promise: to learn music quicker.

One recent innovation is the Lumi, the latest offering of a music hardware startup called Roli. It is a light-up keyboard that comes with 24 keys. What sets it apart is that Lumi doesn’t require its users to master sheet music. To play a song., users will simply follow the lights by pressing touch-sensitive keys.

For those who want to progress to sheet music, Lumi comes with an app that teaches how to read notes and chords.

If the piano is not your thing, try guitar simulator apps. These programs serve as your virtual guitar that can help jump-start your guitar lessons before joining an actual guitar training school.

Over the years, technology has made incredible breakthroughs to make music more accessible. To make it even more inclusive, the music industry held a movement to produce instruments modified to meet the needs of every disabled musician.

As a result, engineers introduced hands-free and breath-controlled instruments. One great example is the GuitarMasheen, a digital electro-mechanical guitar for people with special needs. This instrument allows its users to express themselves freely through music despite having a disability.

Even Grammy-award singer Imogen Heap contributed to the music tech industry. She worked with a former NASA engineer to produce MiMu gloves, a type of wearable music technology.

MiMu is a type of wearable musical instrument to help musicians control the sound of their voice and instruments through hand gestures. As the instrument captures hand movements, it will process the data to create musical control signals.

We all know how carrying large musical instruments can be stressful, especially for traveling musicians. To make life easier for these folks, Jonathan Spangler created a travel-ready guitar that folds its neck in half with the help of a mechanism.

Also called the Ascender, this foldable neck electric guitar is the first Ciari guitar model with a glass back to better showcase its engineering. If you want to travel your instrument by plane, you can simply fold the neck of the guitar to slip it into your backpack. 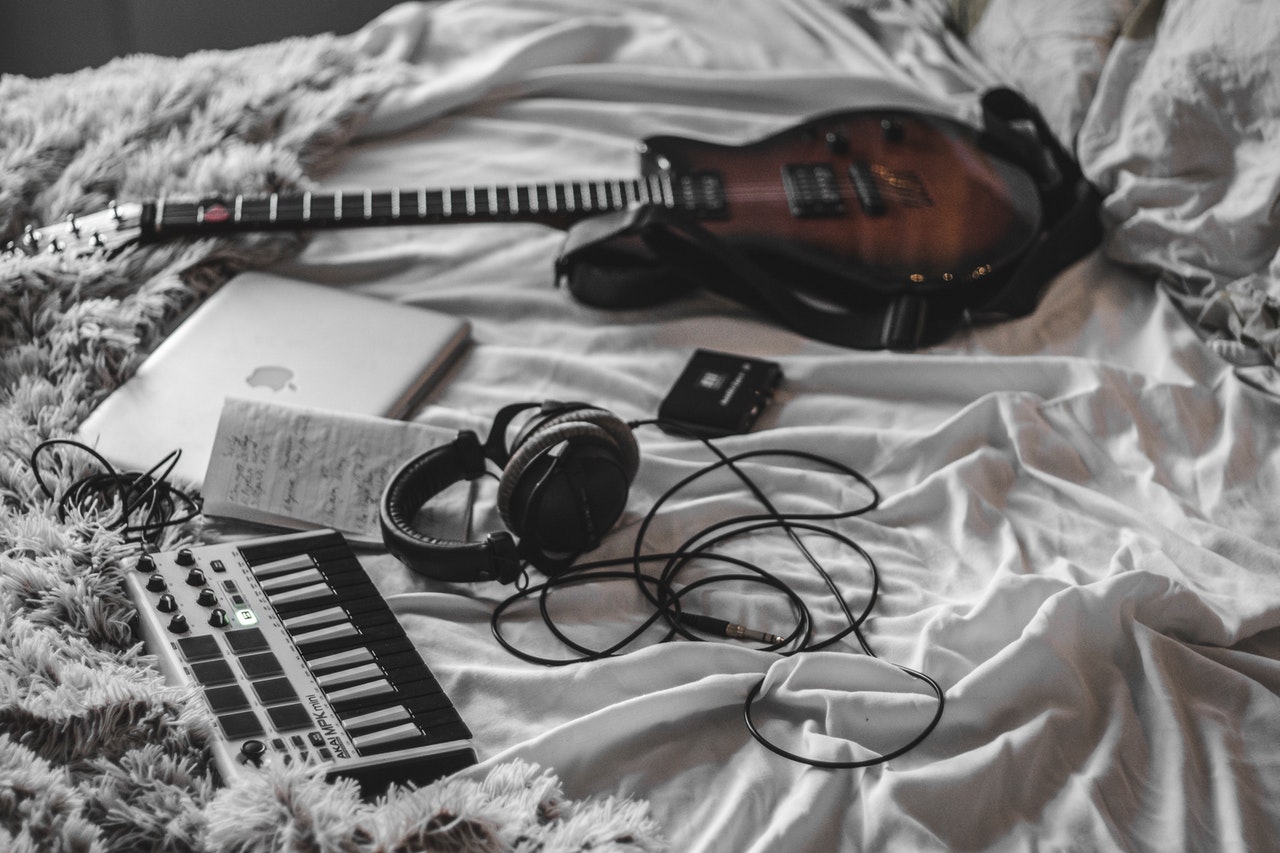 People have become threatened by automation as robots replace humans for many jobs. But with robotic musicians, their role is to perform collaborative music work with creative professionals.

A team of engineers from the Georgia Institute of Technology handles robotic musicianship projects. These include the robot Shimon that combines human emotions and volition with its robotic processing powers to create music. Using its four moving arms, Shimon’s abilities include playing marimba, improvising human musicians, playing its own compositions, and creating meaningful harmonies.

Synthesizers have proven their ability to revolutionize modern music. However, preceding models remained large and complicated, making it difficult to do live performances using a synthesizer.

Thanks to modern technology, music engineers developed a pocket-sized synthesizer to make music production more convenient. Instead of paying for expensive music equipment, musicians can get an affordable and smaller version of synthesizers.

Technology has come a long way to making musical instruments accessible for everyone. Today, everyone has the power to produce music. It doesn’t matter if you have a low musical aptitude or cannot afford professional music equipment. Technology always got something for you.

Stay on the lookout for more innovations in music technology, and you just might become the new Mozart of your generation.