Cybersecurity is one of the most critical issues facing businesses today. There are countless stories of cyberattack on large companies and government agencies, but many people still don’t understand how vulnerable they are. This article explores some common cybersecurity myths that you should not believe.

This is one of the most common myths about cyber security, for a good reason. Apple’s operating system has fewer vulnerabilities than Windows, and therefore, it’s said to be more secure. But that doesn’t mean that your Mac is invulnerable to attack by hackers or malware.

In fact, it may be easier for you to be hacked if you use a Mac because there are many apps available for iPhones and iPads that aren’t available for Windows devices. Many of these apps can access personal data like credit card numbers or passwords stored in your device’s iCloud account.

VPNs can indeed help you to keep your data safe. But they’re not a perfect solution. If you’re using a VPN, hackers can break in, access your data and use them for malicious purposes. For example, suppose you’re connected to the same network as someone who doesn’t have a protective device like antivirus software or firewall protection enabled on their computer.

In that case, your connection is vulnerable because it’s being transmitted across an open Wi-Fi connection with no authentication required at all! Anyone connecting to the same network could potentially access your personal information through malware or other harmful code.

3. The Government Is Tracking Your Every Move

You might have heard that the government has access to all of your information, and you’re probably not wrong. But there’s a difference between what they can know about you and what they actually track.

In some cases, the government can access data about your phone or car location that companies like Google or Apple store. In other cases, they could even use a device that isn’t yours to track its location (like one of those little devices used by delivery drivers). However, this doesn’t mean they’re monitoring everything everywhere. Your movements aren’t being recorded unless there’s a reason for them to be recorded—for instance, when investigating crime or traffic violations.

4. Passwords Will Always Protect Your Information 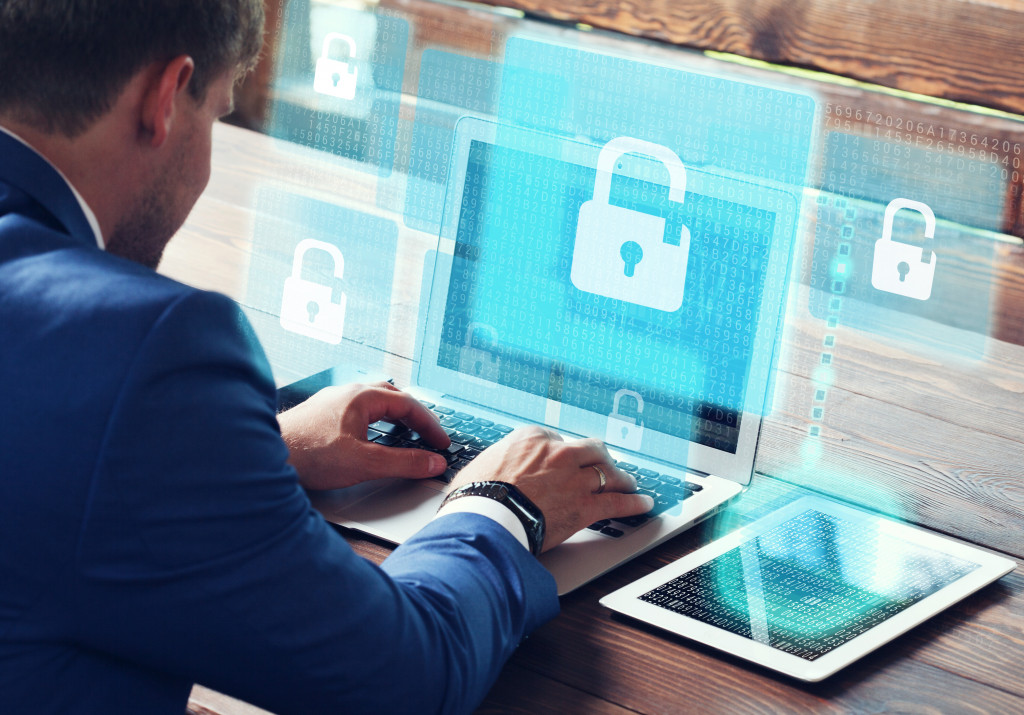 So, you’ve got a password. That’s great! But it’s not enough to protect you from the dangers of cybercrime. Passwords are not the best way to protect yourself and your information long-term. In fact, they can make things much worse for you if someone steals them or guesses them correctly before you do.

Passwords are also not always secure. Suppose a hacker gained your computer or phone access with your permission (for example, by sending a phishing email). In that case, they could access any information stored there, including passwords.

Biometrics are a growing protection method, but many people don’t realize that the technology is far from foolproof. In fact, biometric data can be spoofed or hacked just as easily as passwords can be guessed or stolen.

For example, did you know that your fingerprint can be copied with a high-resolution image of your fingerprint? Or that voice recognition software is not immune to deception by an impersonator (aka “voice cloning”)? Even iris scanners have been fooled by artificial eyes made with contact lenses and colored contact lenses.

6. Turning Off Wi-Fi and Bluetooth Keeps You Safe

You might think that turning off Wi-Fi and Bluetooth will protect your data, but it won’t. They’re both vulnerable to man-in-the-middle attacks and can be hacked by a hacker with access to the same network as you.

For example, in a man-in-the-middle attack, attackers set up their own fake network that looks just like one of yours—then they try to fool you into connecting to their artificial network instead. Once connected, they can see everything you do online (and even take control over your device). A similar tactic involves hacking into wireless routers themselves, which is why experts recommend buying routers with a firmware password. Only someone who knows what it is can change its settings or install new programs on it.

7. Google Is All-Knowing and All-Powerful

Google knows a lot about you. It knows where you’ve been and what websites you visit, which makes it an irresistible target for hackers. Suppose someone manages to hack into Google’s servers. In that case, they can access all this information and use it however they want—whether that means making money off ad fraud or simply taking over your identity.

If you use Google services like Gmail, Drive, and Search, then chances are that your data is already in the company’s hands. This makes it an obvious target for hackers—and a difficult one to protect against.

For instance, if you have a hair dyeing business, you might want to keep your customer list secret. If someone hacks into Google’s servers and gets their hands on your client list, then they can use that information to steal from you or sell it to other companies for profit. That’s why so many security protocols are in place before you can even log into Gmail—to ensure that no one else has access to your data.

Cybersecurity is a complex and ever-changing field. It’s also one that many people are quick to jump into without fully understanding the risks. Unfortunately, this can lead to cybersecurity myths that may cause more harm than good. The best way to keep yourself safe in today’s world is to stay informed about what’s happening in this space — and make sure you’re not falling victim to false beliefs!